The Evolt E-520 represents the cream of Olympus's entry-level digital SLR crop, putting it in direct competition with the Nikon D40X, the Canon XSi, the Sony Alpha A200, and the Pentax K200D. This market segment has become increasingly crowded in the last couple years, and the members of that crowd are by and large very capable performers. The end result is that it's becoming harder and harder for manufacturers to produce models that truly stand out. Olympus stands apart from the competition by default in some ways, most notably in its use of the open-format Four Thirds lens and sensor system, but those differences aren't necessarily to its benefit. Let's see how the E-520 stacks up.

The first thing you may notice when taking the E-520 out of its box is that it's quite a bit lighter than some cameras in its class. Where, for instance, the Pentax K200D boasts an all-steel chassis, it's clear that the Olympus incorporates a good deal of plastic in its construction. The upside to this is that it's easier to carry around all day; the downside is that it feels somewhat fragile and insubstantial. In size and layout, the body is comparable to most of its competitors—nothing too remarkable there.

The plethora of buttons and dials are largely laid out in a very logical fashion. The top of the camera hosts two dials: one selects the shooting mode; the other is used to navigate through menus, zoom in and out during playback, and to set on-the-fly settings in manual and shutter/aperture priority modes. Just below the shutter release button is an exposure compensation control. Across the viewfinder you'll find buttons for flash release and the camera's timer/continuous shooting modes. (One small gripe about the layout is the odd placement of the camera's on/off switch, which is below the mode dial, and awkwardly sandwiched between it and the secondary dial.)

The back of the camera hosts a 2.7" HyperCrystal II LCD screen, at 230,000 pixels. I found the screen to be uniformly sharp and bright, accurately representing the shots the camera produces, if perhaps not what the naked eye sees. To the left of the screen are four buttons: one brings up playback mode, one deletes the currently displayed image, one accesses the menu system, and the last brings up Olympus's much-ballyhooed Super Control Panel screen (more on that later). On the right hand side of the screen are four-way navigation buttons that double as quick-access for white balance, metering, ISO, and autofocus mode. Dedicated buttons for image stabilization and the E-520's excellent Live View mode, a programmable custom function button, and an AF point selection button round out the controls.

The 14-42mm Zuiko kit lens seems well-built and has very smooth action on the zoom and focus rings. (A side note: remember that Olympus's Four Thirds system results in a 2x field-of-view magnification/crop factor, so the lens functions as a 28-84mm film equivalent.) The body's grip ergonomics feel great, and the in-hand balance is excellent. The viewfinder is bright and clear, and covers nearly all of the recorded image. The in-viewfinder information display provides all you need to know and then some.

Consumer dSLRs, even on the lower end of the price spectrum, are incredibly feature-rich these days. The E-520 collects most of the major features developed over the last several years and rolls them all up into one compact package. In this camera, you get in-body image stabilization (of the sensor-shift variety), face detection, wireless flash control, a dynamic range expansion tool, and of course the long-awaited Live View system, which allows users to compose shots and even autofocus on the LCD screen via the 10-megapixel "Live MOS" sensor. The camera also packs Olympus's newest TruePic III JPEG processing software, presumably providing the most efficient compression to date.

But perhaps the most interesting feature—the one that you'll be hard-pressed to find on a competing camera—is the incredibly detailed Super Control Panel function. Many higher-end dSLRs, following on years of film SLR design, provide a topside LCD panel that displays vital info such as ISO, shutter speed, aperture, metering settings, and so on. The E-520 eschews this setup in favor of putting all of that information on the large back LCD. Users can access this screen by pressing the "Info" button on the rear of the camera. This screen remains on the LCD as long as the camera is in use and the shutter release is not depressed. If the user wants to edit one of the settings, that can be done by pressing the aforementioned "OK" button, which brings up a screen with a virtually identical layout with the ability to change any setting.

The level of detail found on the status screen, and in the E-520's customizable settings in general, is truly boggling for a camera in this price range. For some, it might amount to a case of information overload, but for the user who wants to get the most out of the camera it's quite a gift. Cameras in this class just don't come with the ability to fine-tune gradation, noise reduction, white balance, and the ability to customize the controls—not like the E-520 does. (You can even adjust, for instance, the direction you turn the focusing ring on the lens, to make it easier to transition from another brand of dSLR.)

Live View on the camera is a big improvement over most other candidates in the marketplace, but still doesn't match the quality of implementation from your average point and shoot camera. The video is slow and choppy in low light, and autofocus times are iffy at best. However, the mode is incredibly useful in certain situations, and Olympus continues to improve it in leaps and bounds. The ability to access it with one button press is fantastic, as is the new hybrid AF mode, which pairs point and shoot-like contrast-detection AF and dSLR-standard phase-detection AF for a slightly quicker all-around product.

The E-520's in-body image stabilization means that every lens used with the camera becomes a stabilized lens, which makes it a great value. In general, the system seems quite reliable, and contributes a good bit of shutter speed range to moderate low-light shooting. Nighttime and dim light shooting are still likely to produce blurring without tripod use, but that's only to be expected—IS can only do so much. On the whole, the feature stacks up well with similar offerings from Pentax and Sony.

Standard on Olympus dSLRs, the Super Sonic Wave Filter works to keep the imaging sensor free of dust, which can produce spots on images if left untreated. As in previous models, it seems to work wonderfully here—in my time with the camera I was unable to spot a single speck on any of my shots, despite shooting in windblown environments and attaching and removing the lens in the open.

The E-520's many features make for an extremely functional and value-rich machine, but the true test of any camera is the images it can produce. In this capacity, it has its ups and downs. In using the Four Thirds system, Olympus has committed to using a smaller sensor than most of its rivals; the Four Thirds sensor measures 225 square millimeters, as compared to the class-standard APS-C sensor's 329 or 377 square millimeters. The loss of this precious sensor space has two major effects: that the camera's crop factor is larger (2x, compared to ~1.5x for other dSLRs in this range) and that cameras using the Four Thirds system tend to produce higher levels of image noise, particularly when using higher ISO settings.

While the kit lens is extremely sharp, especially when stopped down, and while the TruePic III JPEG processing system appears to operate at a very high level of efficiency, the E-520's sensor just can't compete with some of Canon, Nikon, or even Pentax's offerings in terms of detail and control of noise levels. The camera also has, to my eye, a slightly flat tone straight out of the box, on default settings. Especially in direct sunlight, it has a tendency toward overexposure and washed-out colors that could be frustrating to a novice. Even in neutral lighting colors do not appear true to life. My instinct here is to place the blame on the camera's somewhat funky auto-white balance function. But, as previously mentioned, the camera offers unprecedented levels of customization for image processing, meaning that these effects can be mitigated by fine-tuning various options.

Another slight beef with the camera is with its autofocus system. While in nearly all situations it is extremely quick and accurate, in some circumstances the AF seems to simply give up, swinging wildly from one end of the focus spectrum to the other. This seems to happen most often in low light, and when using the AF-C (continuous) autofocus mode. While it is rare, it can be extremely frustrating when it crops up. Thankfully, the E-520 offers a pair of AF+MF modes, which lets the user take over with manual focusing if the AF can't hit the target.

Despite these gripes, on the whole the E-520 is capable of putting out stunning (if slightly soft) images, and what's more it's an absolute joy to use. The camera's responsiveness is top notch, and when using a high-speed CompactFlash card it writes and reads images almost before you tell it to. The shutter release is a quite satisfying and decidedly less mechanical clicking. Shutter lag is virtually undetectable. Battery life is excellent as well, since the E-520 uses the same battery as Olympus's professional E3 model.

Where the E-520 truly shines is in collecting all of the features available on the current entry-level dSLR market in a single device, and in doing many of them better than the competition. Where it stumbles is in the basics: image sharpness, detail, and noise control. The Olympus does those things well, but the competition generally does them better. With the rest of the dSLR world moving slowly but surely toward full-frame sensors, Olympus is in a bit of a hole with a sensor system that's already behind the standard in terms of physical size and detail offered. An incredible bevy of features is some kind of compensation, but nearly all of these features are available on a comparable dSLR, even if no other dSLR in this range puts all of them together in one body. In the end, all the features in the world won't make up for inferior image quality, which should the bread and butter of any camera. The E-520 is a remarkable piece of engineering, but not one that can stand definitively on its own in a crowded marketplace. 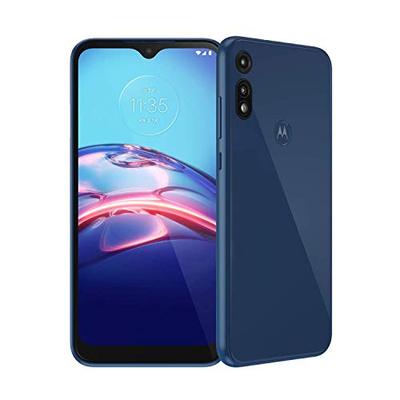 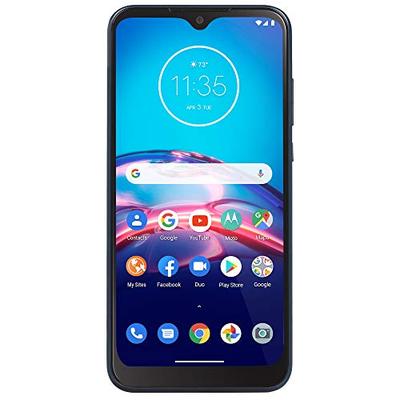